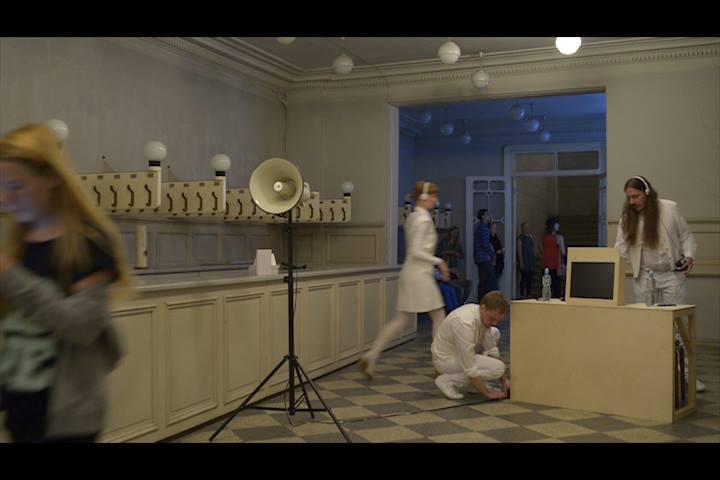 For the sixth year now, the Survival Kit International Contemporary Art Festival will be taking place in Rīga. The festival runs from 4th to the 27th September, and this year forms part of the Rīga 2014 European Capital of Culture programme. More than seventy participants from twenty five countries are taking part in the festival, with the Utopian City, as this year’s theme.

‘Survival Kit’ is an annual contemporary art festival that has been organised by the Latvian Centre for Contemporary Art since 2009, when it began as a reaction to the global economic crisis which forced the public to find new survival strategies and encouraged artists to discover new ways of existing. Solvita Krese, curator of the Survival Kit 6 Festival comments on this year’s theme, Utopian City, as follows: “Looking back at the history of utopian ideas, we end up in the relatively recent past. There we can find surprising modernist visions, the splendour and failure of the dominating ideology, and searches for alternative living spaces and awareness of places through the framework of various subcultures.” The co-curator of the Festival is Aneta Szylak, Director of the Alternativa Festival in Poland. For the first time, the festival will also be taking place in Umea, where it is being organised by Verkligheten, Bildmuseet, Vita Kuben and Umeå Academy of Fine Art.

The festival’s strategy each year, has been to highlight an area in Rīga where there are empty buildings, linking this with the city’s development and urban planning trends and problems, and providing alternative scenarios. Rīga is one of the rare European capital cities which lack such institutions as a contemporary art museum and a concert hall, and is the reason why two different buildings have been purposefully selected for the festival event this year to highlight this problem. The two venues are –Vāgnera Hall and the former Boļševička Textile Factory which is being considered as a possible site for the contemporary art museum.

Survival Kit is the most noticeable and internationally best-known contemporary art festival in Latvia. Each year, the Festival attracts and involves up to 15,000 visitors. Previously the festival has represented works by such artists as Oliver Ressler (Austria), Harun Farocki (Germany), The Yes Men (USA), Gabriel Lester (Netherlands) and other internationally well-known authors. “Survival Kit” is produced by the Latvian Centre for Contemporary Art, which aims to provide continuity of contemporary art processes and their integration into the international circuit. The centre is one of the most active art institutions in Latvia, and an internationally recognized cooperation partner.

This year’s festival graphic identity is designed by Monika Grūzīte.